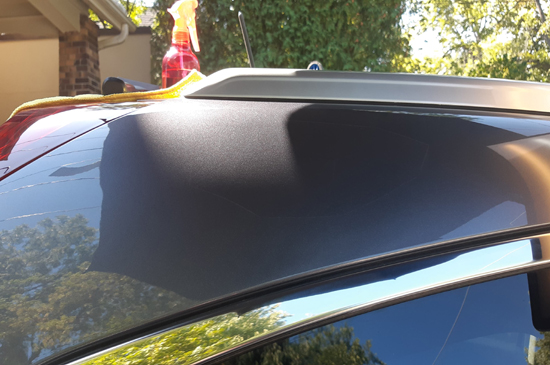 Is there a limit to creativity?
Imagination is limited to our mental constraints. Imagination can influence creativity, and creativity can exist within imagined scenarios, but the distinction between the two is what enables or hampers our ability to use them. Expecting to be creative without limits isn't being creative, it's being imaginative.

After a recent conversation with a great GPR Tech, Mike O'Grady and showing him a repair. He mentioned our only limits are our creativity and being creative is how we get these jobs done.

Your creativity is limited to what you know. This is where GPR Glue Pull Repair comes to life and getting the repairs done that were until recently the unknown. Yes and as a perfect example this GPR dent removal in the article. This job was turned away a few times by PDR shops. The client researched dent removal for weeks online and asked questions at many bodyshops.

The client knew his damages were repairable by procedures other than grinding the paint off and pulling the dent then repainting. He seen it done online and now to find someone that will say yes. After a few weeks he found Mobile Dent Medic and within a couple of days his damage was being Glue Pull Repaired in his driveway while watching and asking questions.

Overwhelmed with the final results this is when the conversation started on his quest to get this completed and kept factory finish. Showing his endless emails of no it cannot be done, no this needs a bodyshop. As you can see this was 100% GPR and one hour to complete using KECO tools and tabs. The job was completed using KECO's Centipede tabs and KECO's K-Beam. 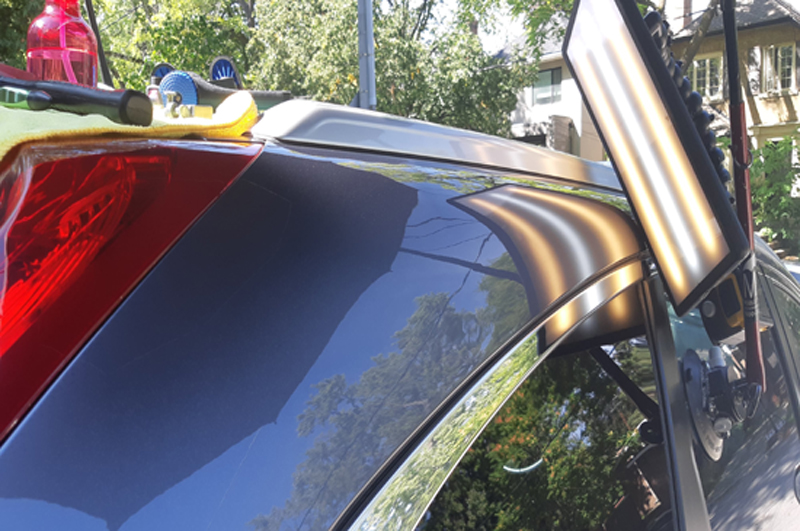