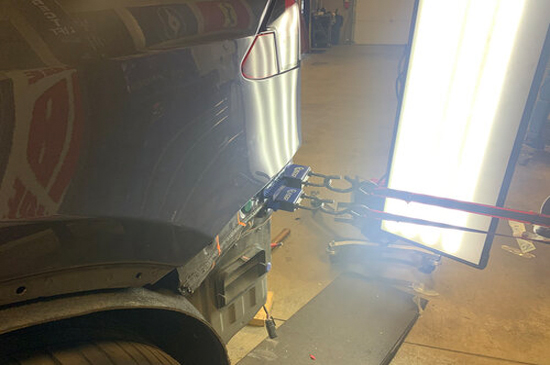 Is there a limit to creativity at The Dent Guy Rochester NY with this amazing save using GPR Glue Pull Repair on a new Tesla rear quarter and bumper damages.

Owner Dan Rechichi writes One of our latest repairs is a 2016 Tesla model X. We teamed up with the Rochester Tesla Service Center to repair the quarter panel on the left side where there had been a previous impact. There were few dents on the lower portion of the quarter panel and behind the bumper cover, which contributed to the misalignment of the panel. 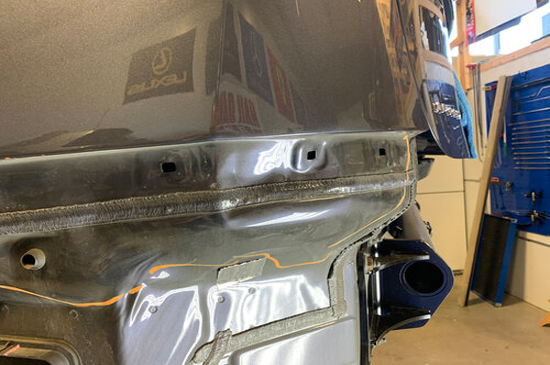 Utilizing KECO’s GPR System and ratchet straps to pull the aluminum panel back to its original shape.

Also important, most of Tesla panels are aluminum. There is specialized equipment that can be purchased to weld aluminum and the stud welder-like method. This is Capacitive Discharge (CD) Welding. This style of welding is used to create resistance to weld the stud to the aluminum panel. Aluminum is a good conductor so it needs a lot more energy to produce the heat for resistance welding. Where steel isn’t as good of a conductor, so less energy is needed to create heat to weld studs to the panel and remove damage. Some issues with this style of repair are that it burns the anti-corrosion protection off from the backside of the panel and can affect the vehicle’s electronics. 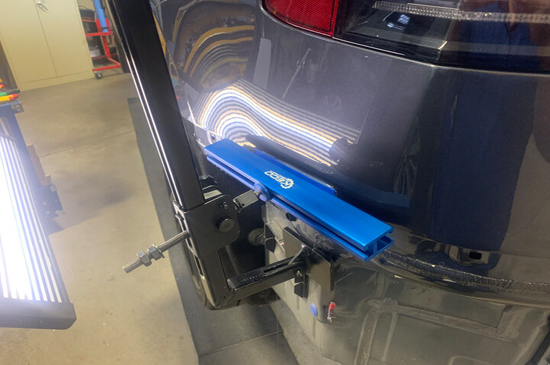 Before and After: 2016 Tesla Model X quarter panel repair of impact damage hidden under the bumper cover.

Before and After: 2016 Tesla Model X quarter panel repair, damage under panel caused all adjacent panels and fixtures to be misaligned. After restoring the panel, everything lined-up as originally intended. 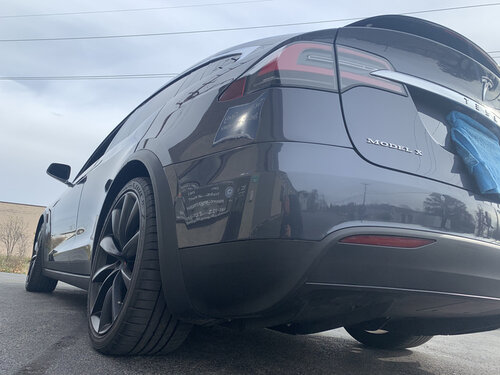 FUN FACT: Dan, our master technician at The Dent Guy of Rochester NY, has 25 years of service and training in the collision industry. He is ARC Certified technician and part of the National Alliance for Paintless Dent Repair Technicians (NAPDRT); he is also received recognition by KECO as a certified Glue Pulling Repair (GPR) technician.